In 1923, a large textile company, Pacific Mills, bought a 750 acre tract of land on the Middle Tyger River in Spartanburg County for the purpose of constructing a new plant. Along with the mammoth new mill came the building of a twelve room school house, a community building, store buildings and over 300 houses which were rented to the workers. The village was named Lyman in memory of a former Pacific Mills president, Arthur T. Lyman.

The well planned, comfortable village, with its job opportunities, community resources and reasonable rent, was a large factor in attracting adventurous, hard-working people to Lyman. And it was from the core of these people that a group of 39 persons met together in the grammar school on July 24, 1924, for the purpose of establishing a house of worship - the First Baptist Church of Lyman. 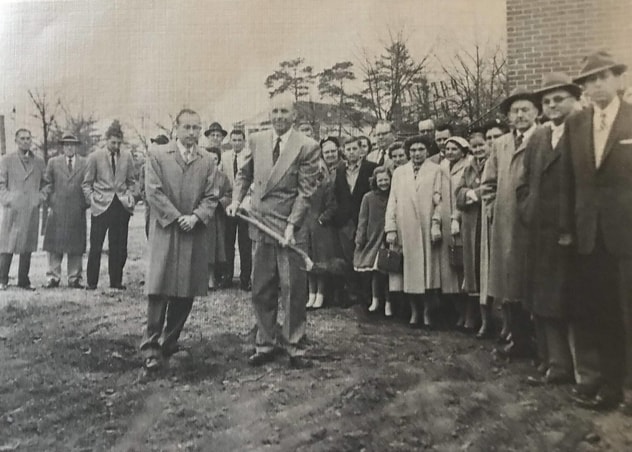 Rev. Ernest G. Ross was called as the church's first pastor, ministering to the people while they met in the grammar school and later in the town Community Building. After Rev. Ross left Lyman in 1925, Rev. H Haydock became the church's second pastor. By early 1926 plans were well underway to construct a church building. Under Rev. Haydock, the building was dedicated on November 27, 1926. A short five years later on January 10, 1932, all outstanding notes were burned and the building was "dedicated free of debt, to the glory of God and the good of mankind." 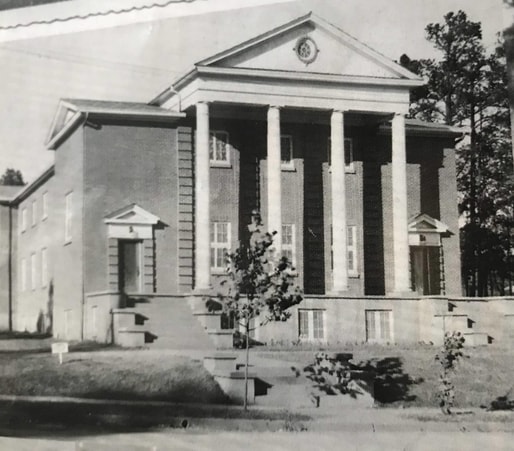 During his ministry, 881 members were received into the church fellowship and a three story education building was constructed. Also, in 1937, a parsonage was built on Ridge Road. The property on which the new $5,000 parsonage was built was donated by Pacific Mills.

Rev. R. Von King accepted the call to fill the pulpit at First Baptist Church in 1955. Rev. King served for 15 years and during his tenure, the Fellowship Building was built, Pacific Heights Mission was established and later became Calvary Baptist Church.

In 1972, Rev. Gideon M. Long Jr. accepted the call to be pastor and served for 20 years until he retired. Under Rev. Long's leadership, the King and Craine (educational) Buildings were connected in 1974. And in 1982, the old sanctuary was demolished and a new sanctuary was constructed and completed in 1984. In five years the church was once again debt free. In 1992, the Family Life Center was erected and dedicated to the Lord.

Over the past 95 years we have been blessed with Godly leadership. We are grateful to God for our church's esteemed history and we look to Him for guidance in the future.

To learn more about who we are: